Pre-Cabraline era ( Saudações culturais ao meu melhor amigo no Brasil ) !!
🌸🌹🌷🙌🙏👴👧👭👫👪💑👬
ASSINE O CANAL YOUTUBE MY ROBERTUS R GUNAWAN GUNAWAN
Cave painting at Serra da Capivara National Park, one of the largest and oldest concentrations of prehistoric sites in theAmericas. Burial urn, Marajoara culture,American Museum of Natural History. That culture appeared to flourish between 800 AD and 1400 AD, based on archeological studies. Some of the earliest human remains found in the Americas, Luzia Woman, were found in the area of Pedro Leopoldo, Minas Gerais and provide evidence of human habitation going back at least 11,000 years. The earliest pottery ever found in the Western Hemisphere was excavated in the Amazon basin of Brazil and radiocarbon dated to 8,000 years ago (6000 BC). The pottery was found near Santarém and provides evidence that the tropical forest region supported a complex prehistoric culture. TheMarajoara culture flourished on Marajó in the Amazon delta from 800 CE to 1400 CE, developing sophisticated pottery, social stratification, large populations, mound building, and complex social formations such aschiefdoms. Around the time of the Portuguese arrival, the territory of current day Brazil had an estimated indigenous population of 7 million people, mostly semi-nomadic, who subsisted on hunting, fishing, gathering, and migrant agriculture. The indigenous population of Brazil comprised several large indigenous ethnic groups (e.g.the Tupis, Guaranis, Gês and Arawaks). The Tupí people were subdivided into the Tupiniquins and Tupinambás, and there were also many subdivisions of the other groups. Before the arrival of the Europeans, the boundaries between these groups and their subgroups were marked by wars that arose from differences in culture, language and moral beliefs. These wars also involved large-scale military actions on land and water, with cannibalistic rituals on prisoners of war. While heredity had some weight, leadership status was more subdued over time, than allocated in succession ceremonies and conventions. Slaveryamong the Indians had a different meaning than it had for Europeans, since it originated from a diverse socioeconomic organization, in which asymmetries were translated into kinship relations.
Label: my channel youtube 😊 Robertus R Gunawan Gunawan..vidio vidio from Komodo Labuan Bajo. ✔ SUBSCRIBE ✔ 👉 SHARE 👈 & 👍 LIKE 👍 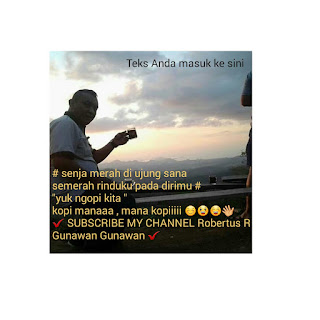